A racket sport that combines elements of tennis and squash 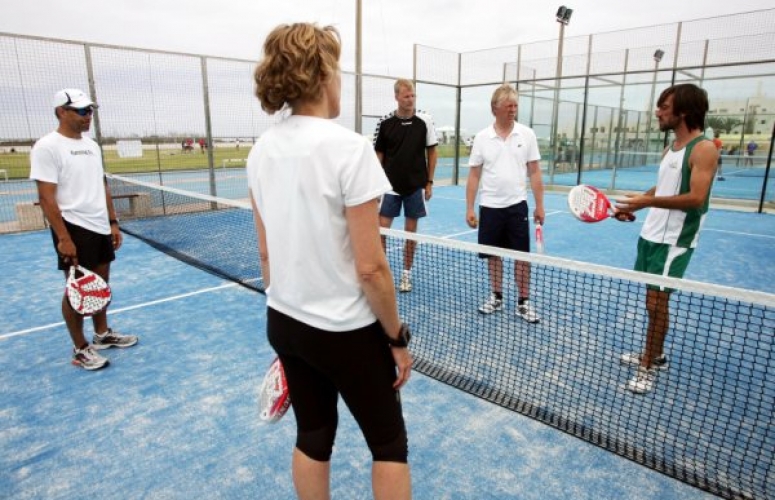 What is padel tennis?

Padel tennis is a game played extensively throughout Spain and Latin America, although it is now starting to spread across Europe and other continents. It is a mix between Tennis and Squash and most commonly played in doubles. Courts are enclosed, surrounded by walls of glass and metal mesh and the scoring is the same as in a game of tennis.

The rackets are very different to a normal tennis racket, being stringless, much thicker and shorter and with holes. The only serve allowed is underhand, which makes it much easier to master than a tennis serve and the scoring is the same as in tennis.

Courts are enclosed, surrounded by walls of glass and metal mesh and they are one third of the size of a regular tennis court. This typically makes games less physically demanding than tennis making it an ideal sports for the whole family to compete together.

Most new players can pick up the basics within half an hour and find it easy to build up a good level of skill to enjoy the game. 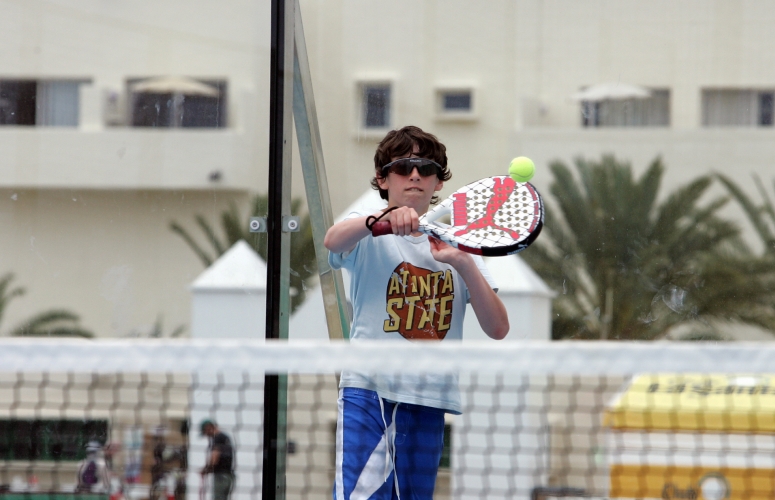 Club La Santa has six padel tennis courts that are open every day from 07.15 – 22.15.  They can be booked via the Club La Santa App or in Sports Booking.

All of the courts have floodlights, so you can enjoy playing late into the evening.

The Green Team organises social tournaments for both adults and children every week. Any intermediate or advanced players also have a chance to beat the Green Team in our weekly competition. You must sign up via the Club La Santa App or in Sports Booking. 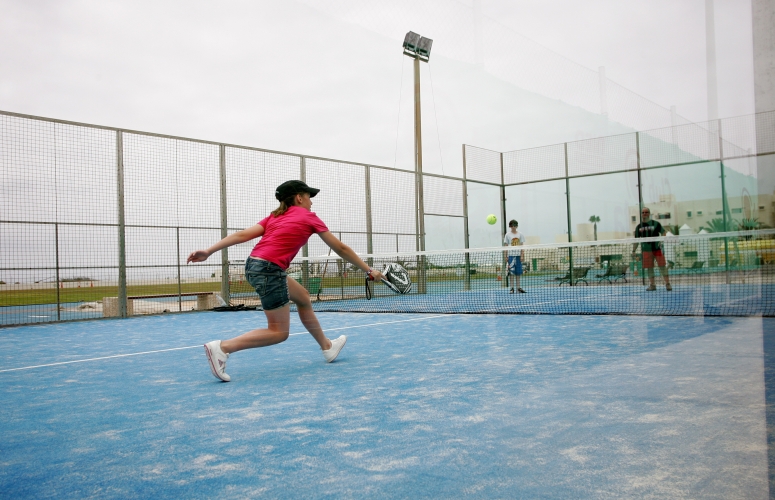 We offer a variety of free padel instructions throughout the week, from beginners to intermediate, and children (6 years +) to adults:

Padel Intro/Beginners (adults & children) – you will learn the rules and all the basics required so that you can play freely during your holiday.
Padel Intermediate – focusing on intermediate techniques including wall play , pairs tactics and attacking shots.

If you want some more individual attention to improve your padel skills, you can book a personal instruction from one of our experienced Green Teamers. They will provide specific, targeted instruction to help you improve your technique and game.

Contact Sports Booking during your stay for availability and prices.