Discover how to optimize your breathing with the help of Breathing Expert, Lotte Paarup.

Lotte has organised an exciting week where you will work on improving your breathing. By the end of the week, you will be filled with energy and experience a sense of calm within your body.

Lotte works with natural breathing, and has a reputation for speaking to everyone,  conveying her messages in an inspiring but down-to-earth way.

This event is open to anyone, regardless of your previous experience. The valuable information and techniques that you will learn from this event is one the best personal gifts to yourself, which you will benefit from for the rest of your life both privately or at work. This event will also be particularly beneficial if you are a therapist or instructor yourself.

You will learn so much more about your breathing, providing you with tools that you can use later in life in all kinds of situations. You are guaranteed a week that will treat your body and mind, spent in the idyllic setting of Lanzarote. Remember to bring warm clothes, as it can be a bit chilly in the early mornings. 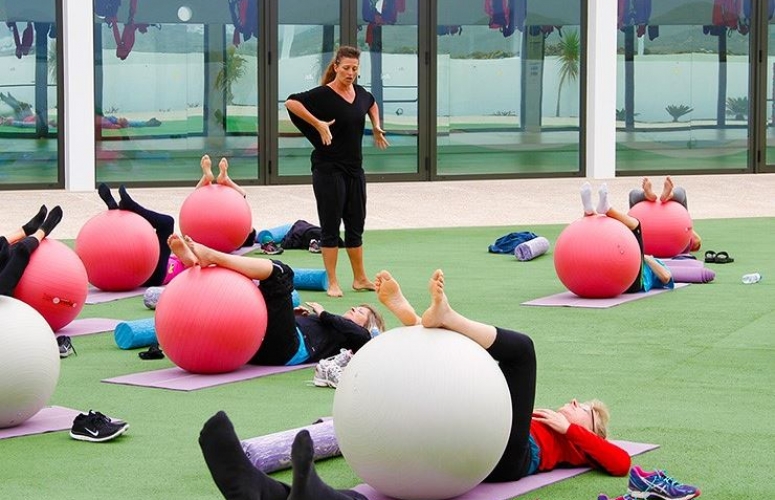 Lotte Paarup is a fully- trained physiotherapist and owner of a company called “Den Intelligente Krop” (The Intelligent Body), which consists of an online store, along with  Pilates and rehabilitation studio among other things. Breathing is an area that Lotte specialises in, and she is very much looking forward to helping you learn all about breathing during this course of this event. Lotte has not only featured on television, but has also published several books and DVDs about exercise, health and well-being,  with  3 of her books and 2 DVDs focused entirely on breathing. Lotte is a popular speaker who frequently covers the topic of breathing, conveying her message in a very down-to-earth and lively way. Lotte also runs a number of courses on breathing for therapists. You can find out more about Lotte’s work at www.åndedrættet.nu (The website is in Danish, but there is an option to translate this into English with Google Translate).